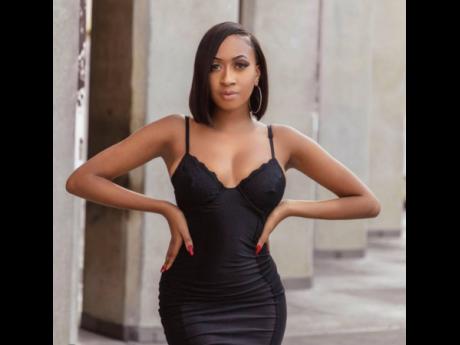 A photograph of murder accused Constable Noel Maitland's babymother is reportedly what led to an argument between himself and his presumed dead girlfriend Donna-Lee Donaldson the last time she visited his apartment.

This was revealed yesterday during his bail hearing inside the Supreme Court in downtown Kingston. Maitland is charged with murder and preventing the lawful burial of a corpse. Donaldson's body has not been found and the prosecution said the case is based solely on circumstantial evidence as none of the witnesses said they saw the killing.

The court heard for the first time how forensic science, closed circuit television evidence and technological data showed the lengths at which Maitland, with the help of accomplices, attempted to trace his steps in chronological order from the date Donaldson was last heard from, July 12, until his arrest on July 27. Those alleged accomplices are reportedly still at large.

The court was told that the Crown objected to bail on the basis that there is a risk Maitland may not surrender to custody. The prosecution also noted that he is a policeman and suggested he may be able to interfere with the investigation. The prosecution told the court that Maitland's neighbour owns five security cameras and was pressured by the accused to delete the recordings after he was shown some footage. Maitland reportedly said he had a spliff which may hinder his pending promotion if the video was released.

Maitland is reportedly recorded speaking to a truck driver, who the prosecution outlined is the person who was contracted to transport a bloody sofa from Maitland's New Kingston apartment to a car wash on Lyndhurst Road. Maitland allegedly told the female attendant at the car wash that his cousin had suffered a hand injury.

During the wash, the attendant said, "A whole heap a blood coming out the right side... Jesus this man must dead. Him bleed out or this come in like dem kill somebody inna this."

The court heard that the following day, the men returned and took the couch to a location in downtown Kingston. But Maitland's attorney Christopher Townsend sought to bore holes into the allegations. He said that the police took several forensic teams to the apartment.

"We are unaware on which occurrence the blood was said to be discovered there," Townsend said. He also suggested that the substance which was running out of the couch could have been red dye.

Justice Vinette Graham-Allen told the court that she will rule on the bail application come October 13. Maitland was further remanded until then.